A Silver Bullet to Fix the Texas Electricity Market 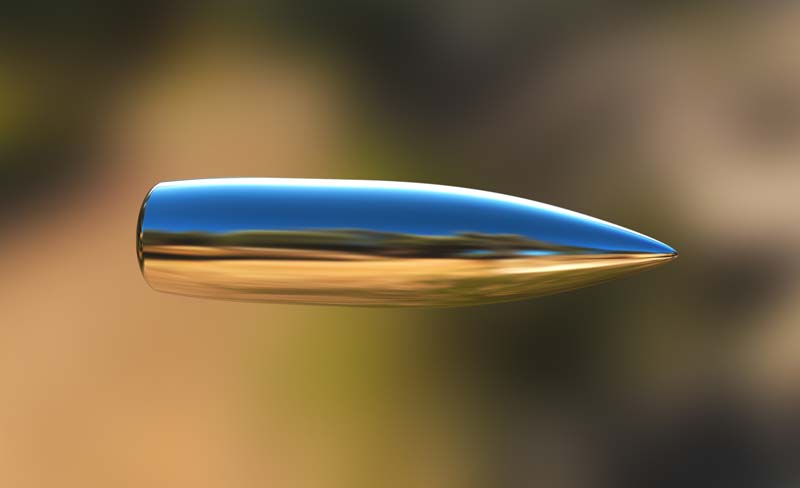 A Silver Bullet to Fix the Texas Electricity Market

On February 14th, 2021 an arctic blast brought the “snowpocalypse” to Texas. By the early morning hours of February 15th, the ERCOT grid saw both record demand for electricity and simultaneously a massive loss of generating capacity.

The extreme weather, which deviated significantly beyond any scenario contemplated by ERCOT, wreaked havoc on infrastructure across all fuel sources. This included coal, natural gas, nuclear and wind. As generation tripped offline, the frequency plummeted and we were seconds away from an uncontrolled, catastrophic blackout that could have lasted weeks or months.

ERCOT was left with no choice but to declare Energy Emergency Alert (EEA) Level 3 and initiate rolling blackouts across the state. Unfortunately, for many the blackouts did not roll. They simply left customers in the dark for days.

The shortage of generating capacity caused the real-time price of electricity to skyrocket to $9,000 MWh. Homes and businesses on real-time, index-based contracts were exposed to this price which translates to $9.00 /kWh. Homes that would normally only pay about $4 per day for electricity were now running up a bill of $360 per day. This calculation assumes monthly consumption of 1,200 kWh and a normal, all-in rate of $.10 /kWh.

Was there a silver bullet?

This all begs a question. Did we really use every single tool that we could have used? Was there a silver bullet that could have led to a different outcome?

In my humble opinion the answer is yes. As a matter of fact, it’s a pretty simple concept and Texas has already spent hundreds of millions of dollars to deploy the infrastructure needed to enable the aforementioned silver bullet.

Remember, we knew there was a serious weather event bearing down on Texas in the week leading up to the snowpocalypse. But it wasn’t until February 14th that ERCOT requested voluntary conservation measures to protect grid reliability. By the time consumers woke up on Monday, February 15th the weather problem had snowballed into a financial problem as well.

What if, instead of a polite request to conserve energy, ERCOT and all retail energy providers (REPs) sent a notice to customers that explained the potential severity of the incoming weather. Further, what if that notice also informed customers that they could actually earn a credit of up to $9.00 /kWh if they curtailed usage during the event?

Profit is the Ultimate Motivator

At that point every customer in the market would have had a choice to make. Conservation would not have simply been a matter of collective virtue, it would have become a financial decision that had the prospect of significant, immediate upside. Money in the bank.

If consumers were given the opportunity to offset the entire cost of their next month’s bill, would they have behaved differently? What if they could have earned $1,000 or $2,000 by taking extreme curtailment measures? Maybe I’m cynical, but I believe that the power of dead presidents (cash) is exponentially more compelling than the gratification of “doing your part”.

The Most Powerful Lever

So now we must ask, why didn’t we pull one of the most powerful levers available in the market? Why wasn’t ERCOT equipped with one more tool of last resort that could have tapped the aggregate flexibility of the retail load? Why didn’t we truly let the free market work by allowing proper price assignment to flow directly to those who could deliver (through curtailment) the resource needed to avoid catastrophe?

It is important to note that when the system is short power, 1 MWh produced by a generator has the exact same impact as 1 MWh of curtailment. Curtailed load simply serves as a virtual generator. In both scenarios the grid’s supply / demand imbalance is improved by the exact same amount as measured in MWh. For all intents and purposes, there is no difference.

For the most part, during the snowpocalypse, the financial upside in the real-time market was reserved for the generators. They were the only market participants who really had the ability to capture the market value of the price spikes in a significant way. Why? This is where it gets a little more complicated.

Here’s one of the problems I uncovered through ongoing conversations with REPs in recent years. Historically, it has been practically impossible to build a residential electric business model around load-side curtailment because Advanced Metering Systems (AMS) aka “Smart Meter” data is quite often inaccurate. How so?

Instead of settling based on actual meter data, settlement data is produced by first reading the meter, then applying algorithmic adjustments before it is sent to the REPs. For example, if the smart meter data records zero usage on a given interval, this gap may be assumed to be an error, so the zero is replaced with an estimated usage value intended to reflect normal / expected usage.

This very issue was highlighted this week and the PUCT and TDSPs created a work-around that is intended to reverse the inaccurate algorithmic adjustments. Had this not been addressed then customers who were actually experiencing a blackout could have been billed for normal usage based on an estimate of normal usage.

Will they fix the problem moving forward?

That resolves the problem for the past week but the problem still exists within the TDSPs’ algorithms. So, will they fix the problem moving forward? Who knows? And if they do, will they be transparent enough and share when and how any such “corrections” are made so they can be reconciled if they’re made in error?

What if a retailer wanted to structure products designed to leverage the scenario contemplated here, where utilization of retail load as a resource to capture price premiums was baked into the contract? And all of the technology was in place to notify the customer of the opportunity to avoid costs and make money through deployment of the load-side assets to stop the meter from spinning.

But then, after the retailer and the customer perform, the REP receives data which has been algorithmically adjusted to remove the curtailment activity. The REP and the customer who expected to receive payments at $9,000 /MWh are now stuck owing $9,000 /MWh, with no efficient reconciliation process.

Another problem. Even if the AMS process is flawless, legacy paradigms still plague our thinking: customers won’t like it if they lose their electricity; customers must have 100% reliability; load is inelastic…. Really? Load was quite elastic last week! The only problem is, consumers didn’t get paid for it, only generators did.

These legacy paradigms have led to market rules that ignore the reality that load is elastic, even on a voluntary basis, particularly when we start talking about $9,000 /MWh. The regulations and protocols need to change to reflect this reality and unleash innovation. With the introduction of renewables (intermittent power sources) this is the least expensive and quickest way to resolve future problems.

I want to be clear. I am not trying to impugn any market participant. I also concede that this is a very complicated issue and I do not pretend to fully understand every detail. But I do believe strongly that the current system fails to leverage one of the most powerful tools available. Retail load represents a massive, elastic, virtual power plant that’s ready to be tapped.

I’ll leave you with one final analogy to make my point. When we fly on airplanes we are often notified at the terminal that the flight has been oversold. There are not enough seats for all passengers to make the flight. They can’t just install an extra seat to increase supply. The only option is to reduce demand.

So, the airline makes the first offer. “This flight has been oversold. If you’d be willing to switch to a later flight, come on up and claim your $500 voucher!” If the offer isn’t accepted, the airline ups the ante. Maybe they offer $1,000 and a free hotel. At some point the offer is sweetened to the point where it becomes irresistible. Everybody has a price.

When the offer reaches a certain value, somebody takes the offer and the supply / demand imbalance is resolved. In my 47 years of flying I have seen this work every single time. It makes complete sense and it’s not the least bit complicated.

The changes required to create the same kind of accelerating economic incentive for load to relieve supply / demand imbalances in the power market is not complicated, and the snowpocalypse has just given us the ultimate incentive to figure out how to make it work.

Complete the form and get commercial electricity rates immediately. Got questions? Call (877) 810-7770.

Talk to a certified energy advisor who can explain your options and answer any questions.